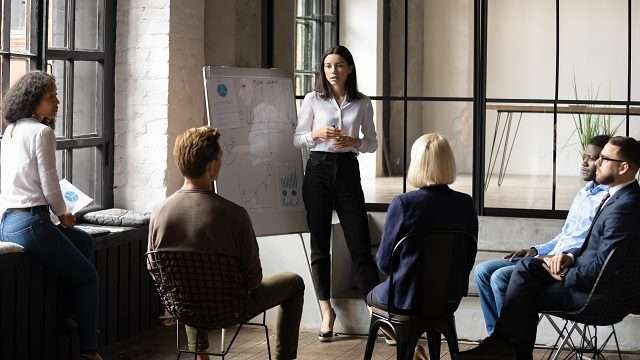 Without a doubt, the traditional standards imposed by men of what it means to be a leader are challenged by the perspectives and experiences of female leaders. More importantly, recent studies have found that women have a higher average score than males do in most leadership skills, as Jack Zenger and Joseph Folkman concluded in their 2019 research cited by the Harvard Business Review.

Women at any level in an organization or stage in their careers have the potential to become great leaders if they master the appropriate skills, techniques, and insights. The most effective leaders and managers often use a variety of leadership styles, integrating the positive aspects of several distinct models to achieve the organization’s objectives, keep their team members happy and empowered, and bring about necessary change.

Moving forward, women should leverage all of the tools at their disposal to improve themselves and their leadership strategies, and completing a women’s leadership certificate program online represents a great avenue for them. Female leaders will benefit from learning about the attitudes and behaviors that could affect their endeavors in the future, while at the same time, cultivating the leadership skills they need to enhance the operations and results of their enterprises. Read more about women’s leadership programs for those willing to better comprehend the dynamics of leadership styles and how women leverage these.

The transactional leadership model has been prevalent for a long time, especially in a company’s management, which places a premium on productivity and efficiency. In this setting, women who are adept in transformative leadership may find themselves at a disadvantage, and many women have reported feeling pressured to alter the way they lead. However, this may not be the greatest option since an increasing number of individuals are beginning to appreciate the benefits of transformative leaders of both sexes.

True leadership is much more than just solving problems or making a profit; great leaders set an example for others. While transactional leaders concentrate on production by establishing targets, transformational leaders may recognize that higher values result in greater productivity. One of the underlying factors that explain why women are better transformative leaders is explained by women’s stronger soft skills, which denote the abilities and skills individuals leverage in their interactions with others.

Most of the time, women have proven that they have a higher emotional intelligence which is reflected in the way that they lead and engage with others. According to one report released by Korn Ferry in 2016, women are 45% more likely than their male counterparts to be perceived as being more empathetic. Female entrepreneurs can often better handle high-pressure circumstances, important choices, dispute resolution, and constructive criticism if they embrace such soft talents rather than try to hide or conceal them.

Overall, the characteristics of transformational leadership are linked to the development of female values through socialization processes such as forming relationships, communicating ideas, achieving consensus, exercising power as an influence, and collaborating with individuals toward accomplishing a common goal. Ultimately, transformation requires new insights and unique viewpoints, and women are well-positioned to facilitate the path toward change.

The views of their subordinates are highly valued by leaders who adopt a democratic approach. They allow workers to weigh in on most choices, contributing to a sense of being valued and respected. In certain situations, democratic leaders may be unable to make up their minds, as if they lack faith in their own capacity to conclude. These types of leaders can significantly improve their effectiveness by developing the ability to make snap decisions under pressure.

This leadership style, also known as participative leadership, encourages collaboration and participation from all team members in decision-making. Although everyone is invited to share their thoughts, the person in charge of the project will ultimately have the authority to make decisions.

This type of leadership also results in more profound internal relationships. Female leaders are more likely to develop trust and respect for themselves and their team and vice versa through the adoption of this leadership style. Ultimately, employee engagement and overall happiness may be significantly improved. It is more probable that an individual will feel more a part of the organization if they are driven to participate and feel involved in the process.

Karima Merchant found in her Ph.D. for Claremont College, published in 2012, that women’s predilection towards collaboration entails more dialogue and listening, which often takes more time but results in employees feeling more appreciated.

Women’s leadership styles are often more collaborative and inclusive. In contrast, men tend to have a command and control style. According to one BCG report published in 2020, males are more task-oriented and authoritative, whereas women are more democratic.

Delegative leadership also referred to as “laissez-faire leadership,” is a style of management in which the leader steps back and gives team members the autonomy to make choices on their own. There are some parallels between this management style and the participatory leadership style in that workers are encouraged to voice their ideas and reach decisions collaboratively.

Often, females are in a position to acknowledge the capabilities of each person and delegate suitable responsibilities to their teams. In this context, competent workers are allowed to flourish and be recognized and rewarded for their innovative ideas. This leads to a better work environment that satisfies workers and makes them feel appreciated.

Moreover, instead of attempting to take control of the discussion or work, women are more likely to appreciate the contributions of others, take turns making contributions, actively listen to others and ask about their views.

Since most organizations continue to struggle with the problem of not having enough women in leadership positions, it is important to acknowledge the styles women may adopt when they become leaders. With the increasing proliferation of female leaders in the contemporary business landscape, we have witnessed a shift from the traditional transactional and authoritative leadership styles usually leveraged by men.

Ultimately, as successful leaders, women who are able to effectively harness their inherent qualities are able to build a business or team environment that promotes a collaborative culture that attracts higher degrees of talent and initiative, and creates a space for innovation, thus enabling their organizations to prosper.

Next article Pomeranians And Lemon Sours 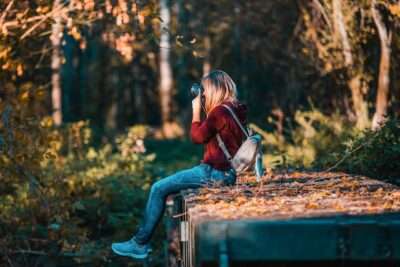 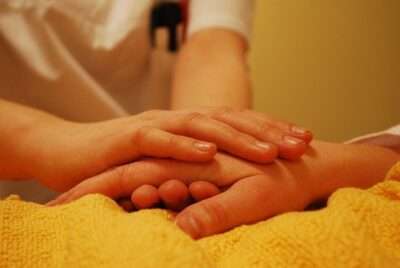 How Long Do Most People Need Long-Term Care? 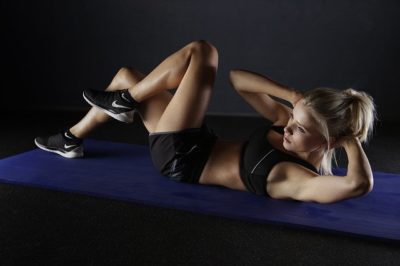